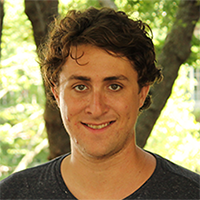 Tunisian workers first won the right to collective bargaining in 1937, at a time when they were organized by French unions, nearly two decades before Tunisia won its independence from France. However, after independence in 1956 the labor movement rapidly collapsed into near irrelevance, becoming a secondary propaganda arm of the ruling party by the mid 1960’s. How can we understand such sudden reversals of fortune? Most English language work on labor unions in Tunisia takes independence as its natural starting point despite very frequently arguing that the legitimacy obtained by unions involvement in the independence struggle was the main cause of their later endurance. French rule in Tunisia was just as if not more authoritarian and violent than that of post-independence regimes, thus it is critical that any theorization of labor and authoritarianism be able to cross this conventional boundary.

Generous support from the Center for Middle East Studies allowed me to spend one month in Tunis working with colonial era records in the national archives. During my time in Tunis I was able to scan over 4000 pages of colonial documents on labor in French and Arabic. These records provide detailed descriptions of events from this period and include police reports, notes from collective bargaining and correspondence between state officials and labor leaders. However, my work in Tunis also highlighted the very incomplete nature of the records kept in Tunis, making future work in France even more critical to get a full picture of events from this period. In addition to my archival work, I was also able to find official national and industry level strike statistics from 1936-1960 from the National Institute of Statistics. These figures are truly remarkable and show strike levels in the 1950s were often comparable to those of the post-revolutionary era. However, these figures also raise nearly as many questions as they have answered. Given how high the strike numbers are for the French period inevitably raises doubts about the reliability and comparability of statistics reported to the ILO after independence. If these statics are comparable however, it only makes the original question more compelling, something that I hope to continue to address in future work.