With Middle East studies and art history, Layla Heidari ’15 bridges the gap between brand and consumer in advertising 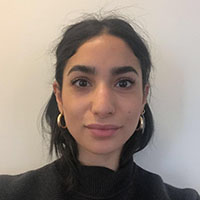 At Brown University, Layla became interested in the intersection of word and image as manifested in politics and explored art as both a conduit for political expression and a prominent symbol of the state of the society. This led her to pursue a joint degree in Middle East studies and art history. As she considered her options after college, she knew that she wanted to continue exploration of words and images as a means of storytelling. What she saw in advertising was an industry that did exactly that for the purposes of commerce, with the goal of bridging the gap between the brand and consumer. To build her foundation, she began her career on the media agency side, working on brands such as American Express, Turner Sports & Adult Swim. She then transitioned to be more hands on with creative executions of campaigns, working publisher side at Mic.com, and now at VIRTUE Worldwide, the agency by Vice working on a vast array of brands including Target, Urban Decay and Unilever.