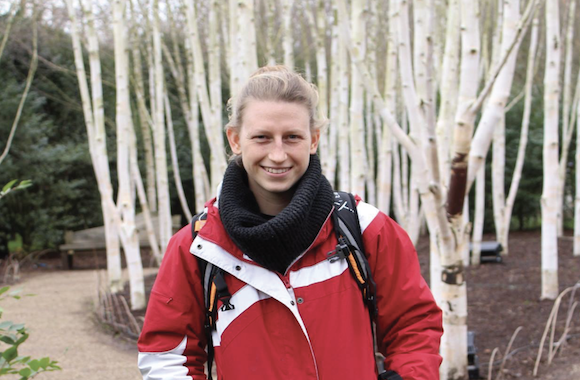 Tell us a little bit about your background.

I usually resort to a demographic map of Southern California to try to explain the seemingly odd trajectory of my life—from monocultural American kid to Persian language and literature instructor at the university level. An estimated half million Iranians live in the area where I grew up, affectionately known as "Tehrangeles." This community welcomed me in and helped me start learning Persian informally for fun at 14. Eventually, I went on to earn my PhD in premodern Persian literature from the University of Cambridge as a Gates Cambridge Scholar. At Cambridge, my research focused on 10th to 13th century Islamic mysticism and classical Persian poetics. Although my primary interest has always been Persian language and culture, the closer you get to Persian culture, it seems, the closer you get to poetry.

Recently, I have been focusing more on Persian literature in translation, as well as developing my practice as a Persian-to-English literary translator. Forthcoming in 2022 is a volume I co-edited entitled The Routledge Handbook of Persian Literary Translation, which brings together 21 wonderful papers from my colleagues in the field. My contribution to the volume deals with the ways in which translators, publishers, and editors tend to engage in selection bias regarding the pieces of fiction they publish from Iran, often unintentionally reinforcing gender stereotypes and orientalist clichés. I also recently collaborated with the ERC-funded Global Literary Theory project at the University of Birmingham as a postdoctoral research fellow to translate some of the most significant medieval Persian texts of the poetics tradition (balāghat) into English. These translations will eventually be featured in an ambitious, but groundbreaking, anthology that features the essential texts of Persian, Arabic, and Turkish literary theory side-by-side in English translation.

This is your first year teaching Persian at Brown. What has surprised you the most about teaching at Brown?

One of my favorite things about teaching at Brown thus far has been the surprising number of Iranian-American heritage students I have in my classes. It makes the cultural material we cover feel so alive since it is directly relevant to the students’ lives. The open curriculum also means that I get students from all disciplines—neuroscience, classics, engineering—so we are a very diverse bunch.

Any exciting plans for the upcoming semester?

Lots of exciting plans are in the works for the spring semester. First, we are working on collaborating with NaTakallam, a language-partner service that only employs refugees as tutors. It is a great chance for students to interact with native speakers, while helping support refugees at the same time. This effort has never been more important with the imminent arrival of potentially hundreds of Afghan refugees to Providence. I look forward to connecting Brown to these new arrivals, many of whom will be Persian Dari speakers. Additionally, I am teaching my first English-language seminar at Brown in the spring called Modern Iran: Literature, Media & Pop Culture. It is an excuse to take as broad a look as possible at Iranian culture and society—through the subversive rap lyrics of Hichkas, the world-famous novels of Shahrnoush Parsipour, the Oscar-winning films of Asghar Farhadi, and even propaganda of the Islamic Republic. It is going to be a treat to teach!