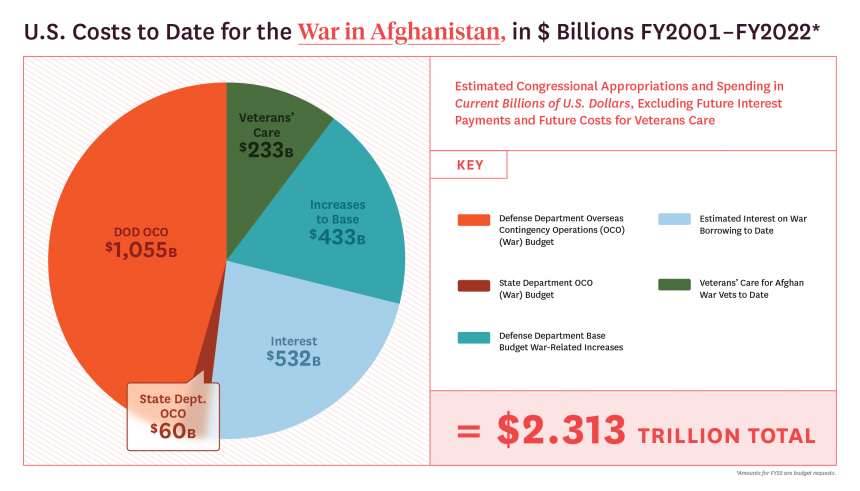 Since invading Afghanistan in 2001, the United States has spent $2.313 trillion on the war, which includes operations in both Afghanistan and Pakistan. Note that this total does not include funds that the United States government is obligated to spend on lifetime care for American veterans of this war, nor does it include future interest payments on money borrowed to fund the war. This $2.313 trillion spent on Afghanistan is a portion of the total estimated cost of the post-9/11 wars. 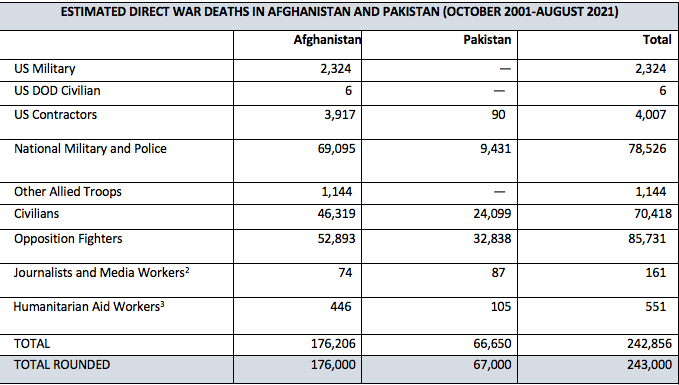 The figures for Afghanistan are part of the larger costs of the U.S. post-9/11 wars, which extend to Iraq, Syria, Yemen, Somalia and elsewhere. The numbers are approximations based on the reporting of several data sources. For sources see the fuller human costs chart here.