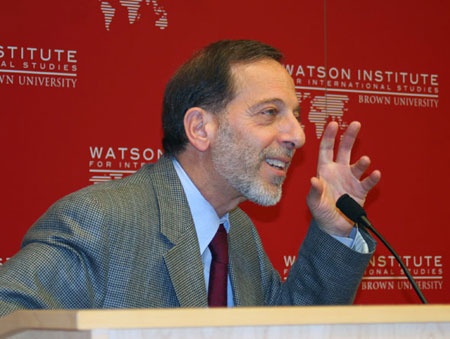 Rashid Khalidi has been the Edward Said Professor of Arab Studies in the Department of History at Columbia University since 2003. He received his B.A. from Yale University in 1970, and his D.Phil. from Oxford University in 1974. He taught at the Lebanese University, the American University of Beirut, Georgetown University, and then at the University of Chicago for 16 years. He is past President of the Middle East Studies Association, and was an advisor to the Palestinian delegation to the Madrid and Washington Arab-Israeli peace negotiations from October 1991 until June 1993. He is editor of the Journal of Palestine Studies.

Video from this event: