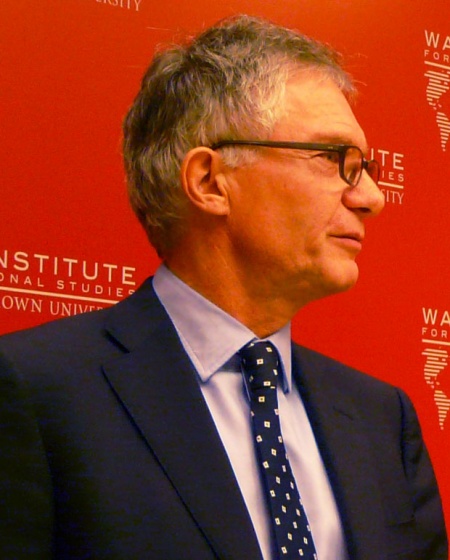 Al-Qaeda and the Taliban: Common Threat or Separable Challenges?

The role of the Monitoring Team is to advise the Security Council on the threat from Al-Qaeda, the Taliban, their affiliates and associates, and to monitor the implementation and effectiveness of the sanctions regime imposed by the Council against them. His current job takes him to all parts of the world to work with international officials and others active in the field of counter-terrorism. He also co-chairs working groups on radicalization and terrorists’ use of the Internet of the Secretary-General’s Task Force to promote implementation of the Global Strategy to Counter Terrorism adopted by the General Assembly.

Prior to his current position he worked with the British government both in London and abroad, serving with the Security Service, the Foreign Office and the Secret Intelligence Service (SIS). He has had postings to Canada, Jordan, Turkey, and to the UK Mission to the United Nations in New York.