Ambassador Richard Olson -- The United States and Afghanistan: Ten Years On from 9/11 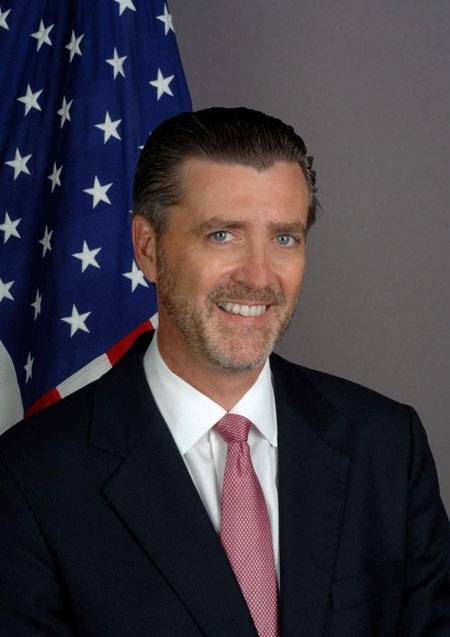 "The United States and Afghanistan: Ten Years On from 9/11," with Ambassador Richard Olson '81, P'14, Coordinating Director for Development and Economic Affairs, US Embassy Kabul.

He previously served as U.S. Ambassador to the United Arab Emirates from 2008 to 2011. He is a member of the senior foreign service, class of minister counselor.

Mr. Olson joined the U.S. Department of State in 1982. He has served in Mexico, Uganda, Tunisia, Saudi Arabia, Ethiopia, the United Arab Emirates, (where he served both at the U.S. Embassy in Abu Dhabi and as U.S. Consul General in Dubai), and in Najaf, Iraq. Immediately prior to returning to the UAE he served as Deputy Chief of Mission at the United States Mission to the North Atlantic Treaty Organization (NATO).

He graduated from Brown University in 1981, receiving an A.B. in Law and Society (Honors) and History.

Mr. Olson has been awarded the Presidential Distinguished Service Award, the State Department’s Superior Honor Award (three times) and the Secretary of Defense’s Exceptional Civilian Service Award for his service in Iraq.