Film Screening -- Why We Fight 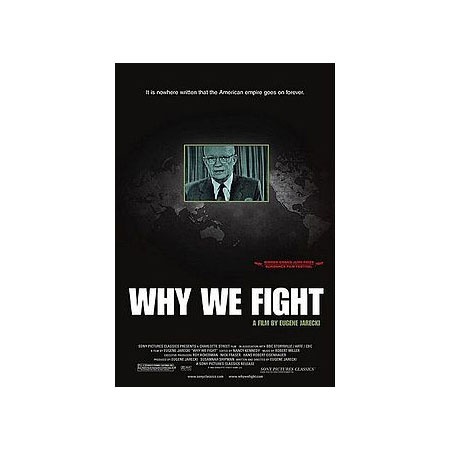 Film Screening of Why We Fight

Why We Fight is the provocative new documentary from acclaimed filmmaker Eugene Jarecki (The Trials of Henry Kissinger) and winner of the Grand Jury Prize at the 2005 Sundance Film Festival.

Named after the series of short films by legendary director Frank Capra that explored America’s reasons for entering World War II, Why We Fight surveys a half-century of military conflicts, asking how – and answering why – a nation of, by and for the people has become the savings-and-loan of a government system whose survival depends on an Orwellian state of constant war.