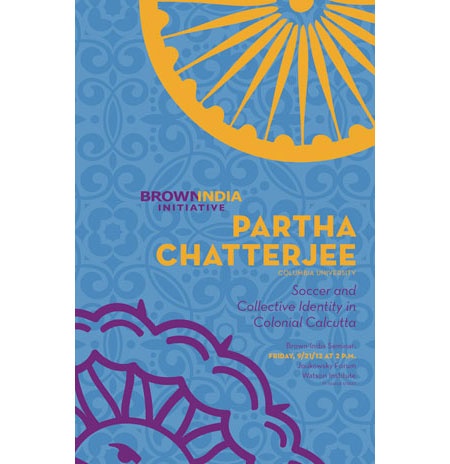 Partha Chatterjee was born in Calcutta in 1947 and graduated in Political Science from Presidency College in the University of Calcutta. He completed his PhD in Political Science from the University of Rochester in the United States. He has spent most of his academic life on the faculty of the Centre for Studies in Social Sciences, Calcutta, of which he was Director from 1997–2007. He had held visiting appointments in many universities in the United States, Europe and Australia. He is currently Professor of Anthropology and South Asian Studies at Columbia University, New York.

Chatterjee has published several books including Nationalist Thought and the Colonial World (1986), The Nation and Its Fragments (1993), A Possible India (1999), A Princely Impostor (2002), The Politics of the Governed (2004), Lineages of Political Society (2011) and The Black Hole of Empire (2012). He has co-edited with Ira Katznelson a volume of essays entitled Anxieties of Democracy: Tocquevillean Reflections on India and the United States (2012). He also writes in Bengali and is the author of two books of critical essays Itihaser uttaradhikar (or The Legacy of History, 2000) and Praja o tantra (or Subject and System, 2006).

Chatterjee is also a noted playwright. Six of his plays in Bengali have been staged, including Ramnidhi (1985) and AjkerHajabarala (1995).

He lives in Calcutta but spends part of the year teaching in New York.