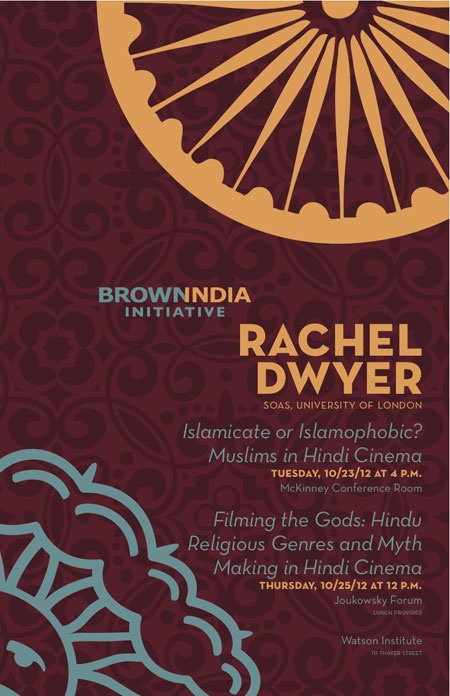 "Islamicate or Islamophobic?: Muslims in Hindi Cinema," with Rachel Dwyer, Professor of Indian Cultures and Cinema, SOAS, University of London.