Romano Prodi -- China and Europe in a Globalized World 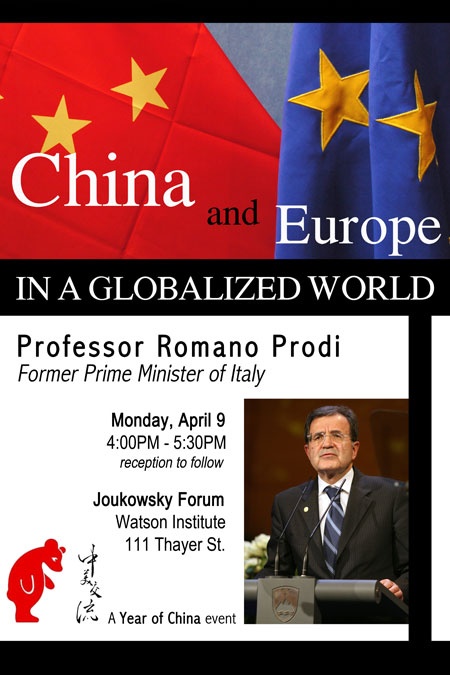 "China and Europe in a Globalized World," with Romano Prodi.

We live a in a period of rapid economic and political transformation. The distribution of economic power in the world is moving away from the United States and Europe towards Asia and, especially, China. This shift is likely to mark the most important change for the world in the next decades. In this transitory period, policymakers and international commentators alike have expressed anxiety on the fact that China might act as the United States in the 1930s, and refuse to take the responsibility associated to its status of rising economic and political power. Some even think that China is becoming increasingly self-interested and nationalist, seeking only to maximize its interests. However, at present, it is not China to be the main threat to international stability, but rather the absence of a unified Europe.

Romano Prodi, former prime minister of Italy, is professor-at-large at the Watson Institute. In addition to serving as two different terms as Italy’s prime minister, he also has served as president of the European Commission, among other official positions. He is a distinguished scholar who had been professor of industrial organization and industrial policy at the University of Bologna’s Faculty of Political Science. Prodi earned economics and law degrees from the Catholic University of the Sacred Heart in Milan and a PhD in economics from the London School of Economic and Political Science.

Cosponsored by the Year of China and the Watson Institute for International Studies.