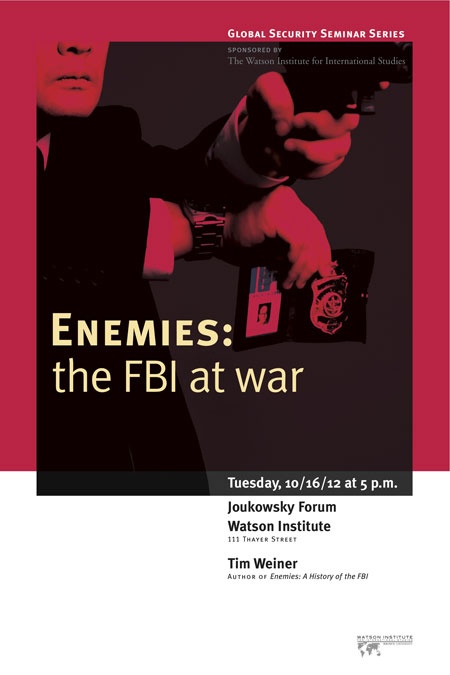 Tim Weiner has won the Pulizer Prize for his reporting and writing on secret intelligence and national security.  As a correspondent for The New York Times, he covered the Central Intelligence Agency in Washington and terrorism in Afghanistan, Pakistan, the Sudan, and other nations. Enemies is his fourth book.

ENEMIES will be available for purchase and the author will sign books.
The book signing and reception will follow the talk.