Conference on the State of Italy 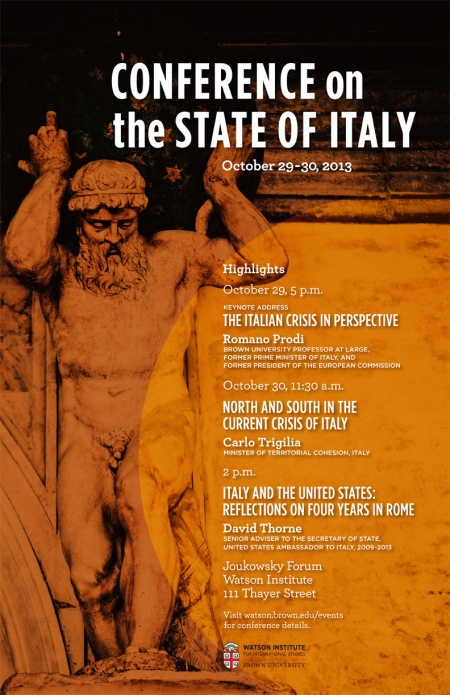 11:30 a.m. North and South in the current crisis of Italy

2 p.m. Italy and the United States, Reflections on Four Years in Rome