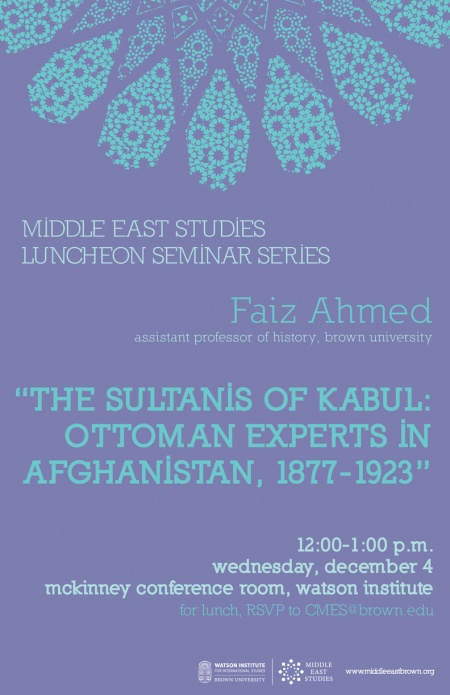 It may hardly come as a surprise that observers of transnational Islamic networks, from nineteenth century colonial administrators to present day commentators on the Middle East, have tended to focus on radical ideologues, underground conspiracies and, above all, the militant “jihad.” Ahmed argues that the historiographical emphasis on confrontation with the west has overshadowed more subtle internal processes and connections linking modern Muslim populations across geographic and political boundaries. Among these processes was the surge in scholars, students, and journalists as they traversed between the late Ottoman and British Indian empires at increasing numbers and speed in the late nineteenth century. Challenging conventional tropes of warring tribes and barren frontiers, Ahmed locates Afghanistan in particular as a crucial but overlooked juncture for transnational conversations and networks centering on law, constitutionalism, and statecraft. Kabul was a virtual “port city” for itinerant scholars and statesmen from Ottoman, British, Uzbek, and Russian imperial domains, among others. With its scholarly connections to the better studied metropolises of Istanbul and Cairo, Damascus and Baghdad, as well as Delhi and Lahore, the semi-sovereign emirate in Kabul eventually became a contested space for diverse visions of modern Islamic reform in the first quarter of the twentieth century. Ahmed will focus on one of several strands of actors advancing pan-Islamic juridical activity in Afghanistan at this time: the Ottomans in Kabul.

Faiz Ahmed is assistant professor of history at Brown University and a specialist in comparative legal history of the modern Middle East. Trained as a lawyer and social historian, Ahmed’s primary research explores the production of constitutional charters, civil law codes, and “Islamic rule of law” ideology in the late Ottoman and Qajar empires as well as Afghanistan during the long nineteenth century. He is a recipient of fellowships from the Fulbright Program, Social Science Research Council, and Andrew W. Mellon Foundation for his research in Egypt, Turkey, and Afghanistan.