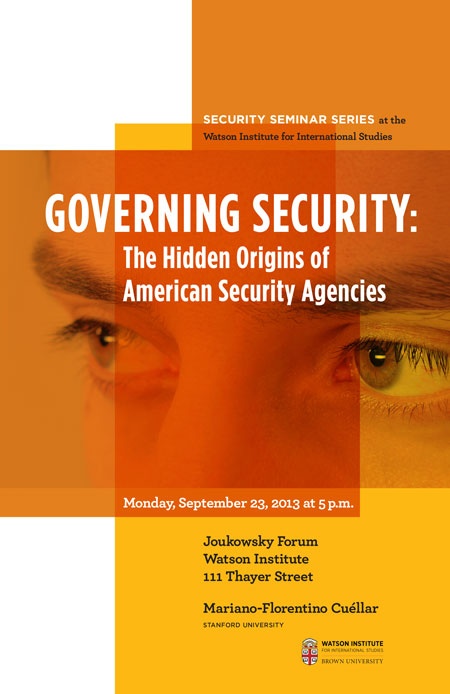 Governing Security takes up a complex and timely question at the intersection of law and society. Who has the power to design federal agencies, and who sets priorities when deciding on the most urgent security problems facing our country? Governing Security explores how these two questions are connected by investigating the hidden origins of two of the most powerful agencies in the federal government.

Even after Franklin Roosevelt failed in his drive to reorganize federal courts during his second term and faced the prospect of a costly war, he kept on pressing for authority to reorganize the executive branch and created a vast agency called the Federal Security Agency. Six decades later, the Bush Administration pursued one of the largest reorganizations in modern history by creating the Department of Homeland Security, even after initially opposing the creation of such a department in the wake of the September 11 attacks. This book investigates the story of these two agencies in order to illuminate the complex relationship between public law, executive organization, and the contested meaning of national security.

Mariano-Florentino Cuéllar is the Director of Stanford's Freeman Spogli Institute for International Studies and a Senior Fellow at the Institute. He is the Stanley Morrison Professor of Law at Stanford Law School, Professor (by courtesy) of Political Science, and a faculty affiliate of the Institute’s Center on Democracy, Development, and the Rule of Law; and Center for International Security and Cooperation (CISAC). Cuéllar’s research and teaching focus on administrative law and governance, public organizations, and transnational security. A member of the Stanford faculty since 2001, he has worked in two presidential administrations, served as Co-Director of CISAC, and has an extensive record of involvement in public service.