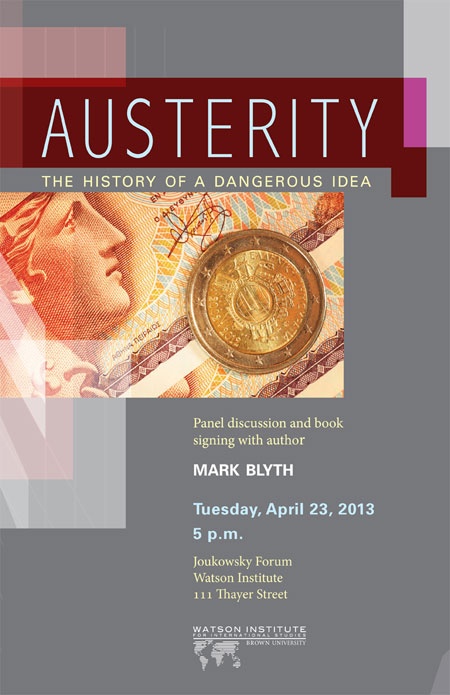 Austerity: The History of a Dangerous Idea, by Mark Blyth

Governments today in both Europe and the United States have succeeded in casting government spending as reckless wastefulness that has made the economy worse. In contrast, they have advanced a policy of draconian budget cuts--austerity--to solve the financial crisis. We are told that we have all lived beyond our means and now need to tighten our belts. This view conveniently forgets where all that debt came from. Not from an orgy of government spending, but as the direct result of bailing out, recapitalizing, and adding liquidity to the broken banking system. Through these actions private debt was rechristened as government debt while those responsible for generating it walked away scot free, placing the blame on the state, and the burden on the taxpayer.

Mark Blyth is a faculty fellow at the Institute, professor of international political economy in Brown's Political Science Department, and director of the University’s undergraduate programs in development studies and international relations.

Austerity will be available for purchase and the author will sign books.
The book signing and reception will follow the panel discussion.