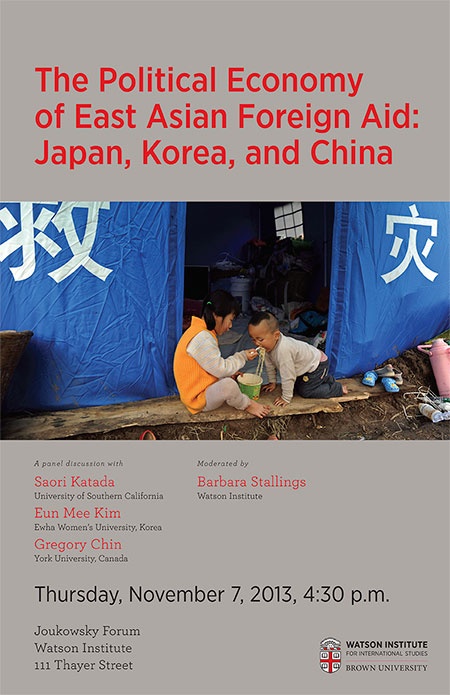 This is a panel discussion on three East Asian countries – Japan, Korea, and China – which have major foreign aid programs that rival those of western donors. These programs, however, have different characteristics from those of their western counterparts, largely as a reflection of the Asians’ own experiences. Each has gone from being an aid recipient to a donor in a few decades, and they now want to transmit lessons they have learned to poorer countries. Key points that distinguish East Asian aid are a disproportionate focus on their own region; a heavy sectoral emphasis on infrastructure; mixing aid with commercial credits and foreign direct investment; close links with their private sectors; and little interest in enforcing political conditionality. This pattern contrasts with western donors that focus on Africa as the poorest region; emphasize small-scale social sector projects; condition aid on democracy, governance, and human rights; and draw a strong line between aid and private sector activities.