Screening and discussion of the film No 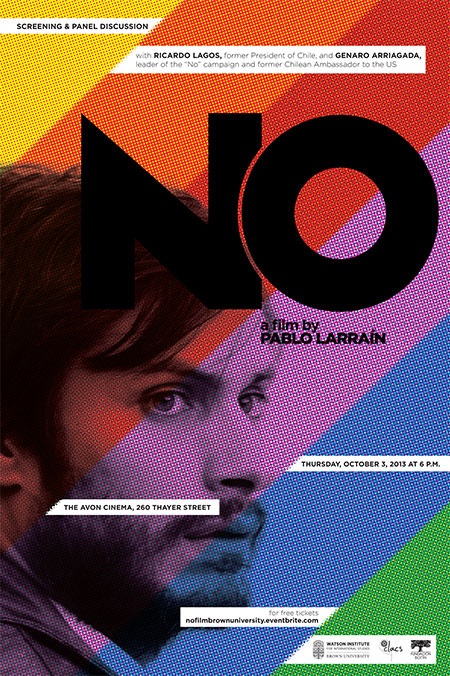 “No” presents a fictionalized account of the role played by advertising tactics in the historic 1988 plebiscite that was held to determine whether General Augusto Pinochet should remain in power for another 8-year term.

Our screening of the film will be followed by a panel discussion with former President of Chile Ricardo Lagos, who was a leader in the opposition movement and famously –and bravely- defied Pinochet during a live television broadcast, and Genaro Arriagada- who directed the real NO campaign on which the film is based.

The event is free and open to the public, but tickets must be reserved to ensure admission.

Nominated for Best Foreign Language Film at this year’s Academy Awards, “No” stars Gael García Bernal, whose performance won him the Best Actor Award at the 2012 Abu Dhabi Film Festival.

The event is sponsored by Fundación Botín and Brown University’s Center for Latin American and Caribbean Studies (CLACS) and the Watson Institute for International Studies.