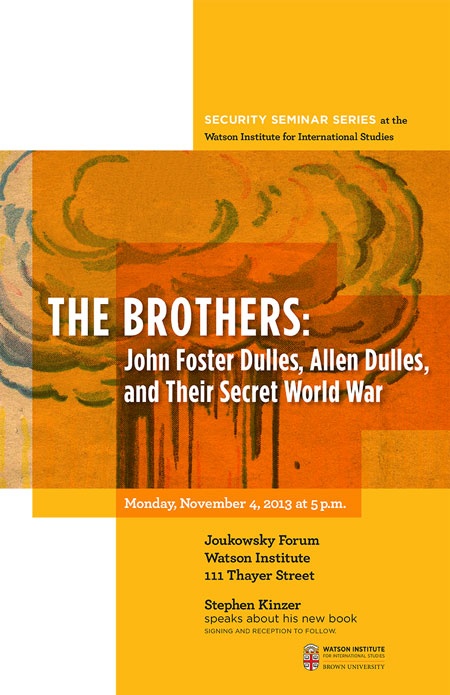 Stephen Kinzer, who teaches international relations at Brown, is an award-winning foreign correspondent who has covered more than 50 countries on five continents. His articles and books have led the Washington Post to place him "among the best in popular foreign policy storytelling." His new book is The Brothers: John Foster Dulles, Allen Dulles, and Their Secret World War.

During the 1950s, when the Cold War was at its peak, two immensely powerful brothers led the United States into a series of foreign adventures whose effects are still shaking the world.

John Foster Dulles was secretary of state while his brother, Allen Dulles, was director of the Central Intelligence Agency. In this book, Stephen Kinzer places their extraordinary lives against the background of American culture and history. He uses the framework of biography to ask: Why does the United States behave as it does in the world?