Thomas Pogge -- The Millennium Development Goals and their Successors 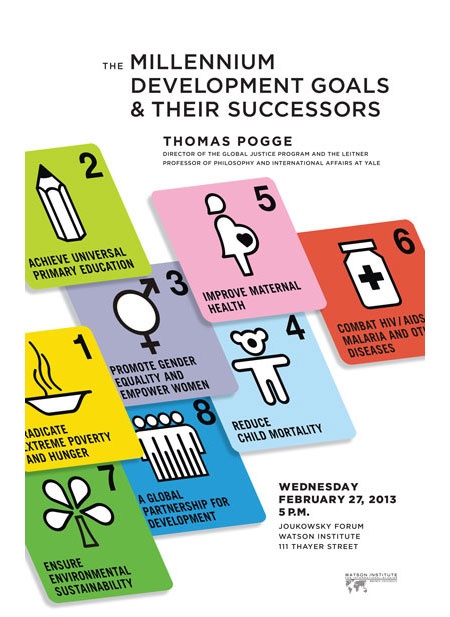 "The Millennium Development Goals and their Successors," with Thomas Pogge.

The eight Millennium Development Goals (MDGs) – which range from halving extreme poverty to halting the spread of HIV/AIDS and providing universal primary education, all by the target date of 2015 – form a blueprint agreed to by all the world’s countries and all the world’s leading development institutions. They have galvanized unprecedented efforts to meet the needs of the world’s poorest.

Thomas Pogge is the Director of the Global Justice Program and the Leitner Professor of Philosophy and International Affairs at Yale University. Having received his Ph.D. in philosophy from Harvard, Thomas Pogge has published widely on Kant and in moral and political philosophy, including various books on Rawls and global justice. In addition to his Yale appointment, he is the Research Director of the Centre for the Study of the Mind in Nature at the University of Oslo and a Professorial Research Fellow at the Centre for Applied Philosophy and Public Ethics.

Pogge is also editor for social and political philosophy for the Stanford Encyclopedia of Philosophy and a member of the Norwegian Academy of Science. With support from the Australian Research Council, the UK-based BUPA Foundation and the European Commission (7th Framework) he currently heads a team effort towards developing a complement to the pharmaceutical patent regime that would improve access to advanced medicines for the poor worldwide (http://www.healthimpactfund.org) and toward developing better indices of poverty and gender equity.