The Brown-Harvard Pakistani Film Festival: Love, War and Other Longings 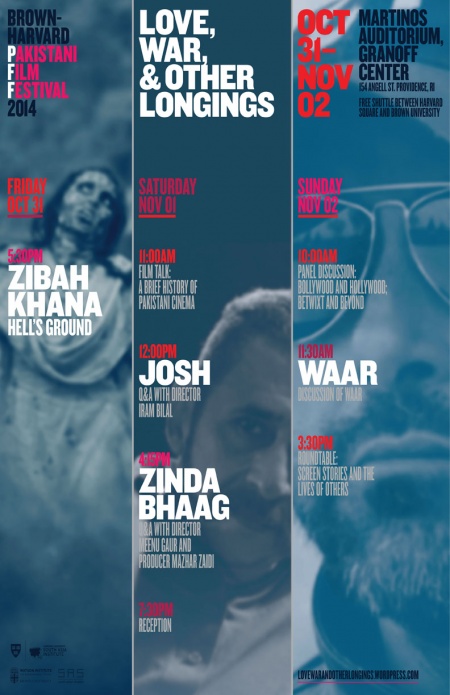 The US has had a long standing involvement in Pakistan, through the years of the Cold War and then with the war of terror – and yet we know so very little about everyday life and ordinary aspirations of people in that country. With a population of 190 million and growing, its become the 6th largest country in the world, and an extraordinarily youthful one as well, with 67% of this population under 30 years of age! That the war on terror has taken its toll on the region goes without saying – more than 30,000 people have been killed since 9/11 from terrorism and armed conflict, more than 900 civilians have been killed in drone strikes alone, and over a million people have been displaced from their homes. But as the American philosopher Judith Butler points out “numbers are a way to frame the losses of war, but this does not mean that we know whether, when, or how numbers count…. whose lives count, and whose do not… whose lives are grievable and whose are not… who is human and so entitled to human rights and who is not.” Love, War and Other Longings is an invitation to come see beyond the “frames of war” through new Pakistani cinema, to share the drama of other lives, and “know” them as perhaps only art can render possible.

ALL FILMS ARE FREE AND OPEN TO THE PUBLIC.

Visit the festival blog for schedule and details.