Bruce M. Selya ─ The View from Inside the FISA Courts 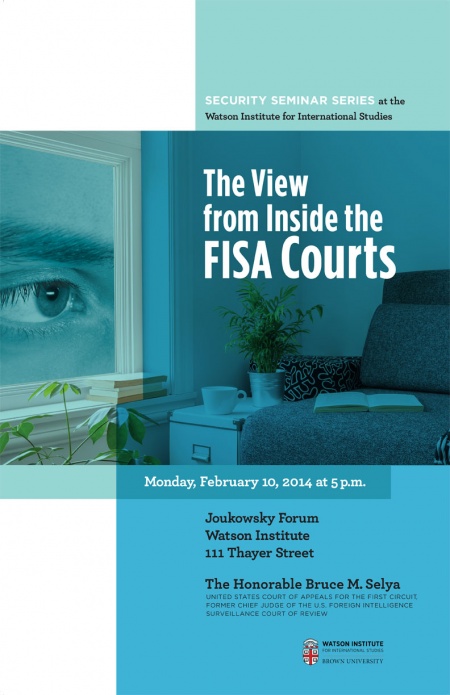 Congress in 1978 established the Foreign Intelligence Surveillance Court and authorized the Chief Justice of the United States to designate seven federal district court judges to review applications for warrants related to national security investigations. The provisions for the court were part of the Foreign Intelligence Surveillance Act, which required the government, before it commenced certain kinds of intelligence gathering operations within the United States, to obtain a judicial warrant similar to that required in criminal investigations. The legislation was a response to a report of the Senate Select Committee to Study Governmental Operations with Respect to Intelligence Activities, which detailed allegations of executive branch abuses of its authority to conduct domestic electronic surveillance in the interest of national security. Congress also was responding to the Supreme Court’s suggestion in a 1972 case that under the Fourth Amendment some kind of judicial warrant might be required to conduct national security related investigations.