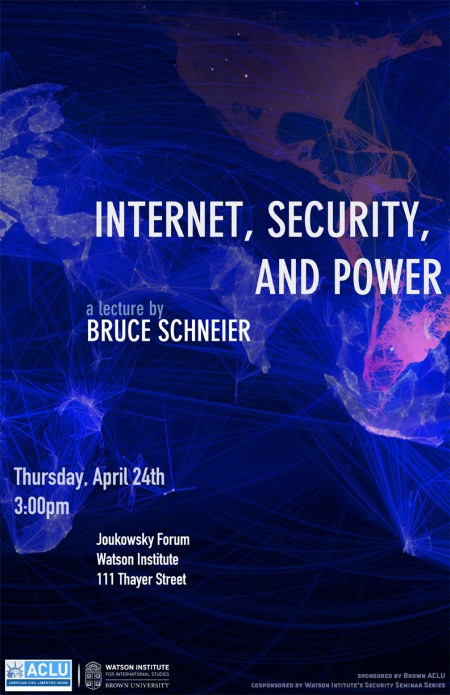 The Internet affects power, and power affects the Internet. And while we first thought that the Internet would empower the powerless, the reality is much more complicated. Both government and corporate power dominate today's Internet even as distributed groups gain in power. This talk examines the various ways power manifests itself in the Internet, and how security both allows the powerful to remain so while permitting the powerless to thrive as well. On the Internet, data equals power, and the dynamic between the various forces is the fundamental societal issue of the Information Age.

Bruce Schneier is an internationally renowned security technologist and expert. He is the author of 12 books -- including Liars and Outliers: Enabling the Trust Society Needs to Survive -- as well as hundreds of articles, essays, and academic papers. His influential newsletter "Crypto-Gram" and his blog "Schneier on Security" are read by over 250,000 people. He has testified before Congress, is a frequent guest on television and radio, has served on several government committees, and is regularly quoted in the press.

Cosponsored by the Brown ACLU.