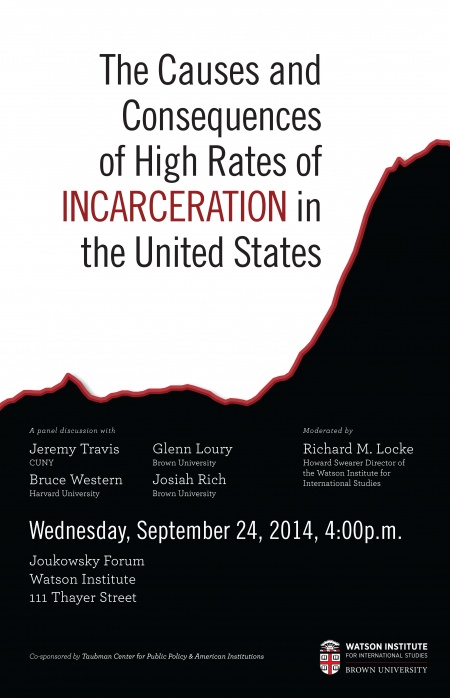 Over the past four decades incarceration in the United States has risen to a historically unprecedented level unmatched anywhere in the world. With 5% of the world's population, the US houses 25% of the world's prison inmates. Indeed, imprisonment has become a central element of American social policy, with vastly disproportionate effects on poor and minority communities. In 2012, with support from the National Institute of Justice and the MacArthur Foundation, the National Research Council of the National Academy of Sciences impaneled a group of experts to examine the causes and consequences of this unprecedented transformation. The study group's report has recently been published by the National Academies Press, and has garnered much attention from the national press, and from policy makers in the executive and legislative branches of government.  This event will bring together four members of the group which undertook this important study to discuss its findings and to comment on their implications.

Josiah Rich, Professor of Medicine and Epidemiology at The Warren Alpert Medical School of Brown University

Co-sponsored by the Taubman Center for Public Policy & American Institutions.