Damien Ma ─ China As Number One: So What? 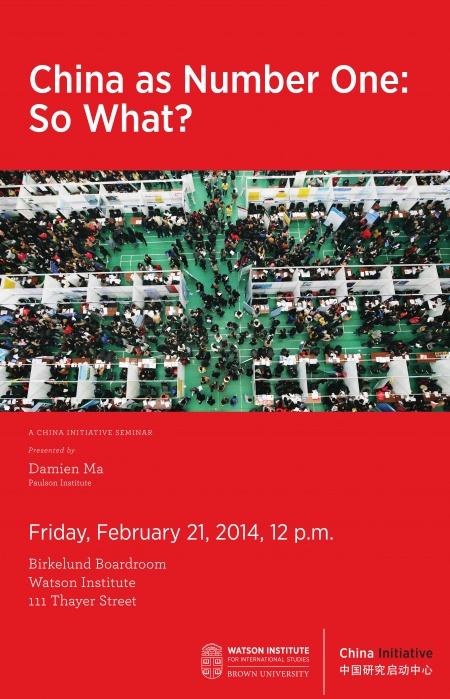 Many contend that the 21st century is China's to lose. Indeed, over the next decade, even as China's growth slows, it will likely become the world's largest economy, surpassing the United States as "number one". Yet ironically, the coming decade will be defined less by China's continued growth but more by the constraints on China's development through intersecting sets of scarcities economic, social, and political.

Damien Ma, the co-author of In Line Behind a Billion People, will discuss how these scarcities manifest both as legacy costs of where China has been and as significant challenges to where China intends to go. Understand why for China's new leadership, the next decade will be more fraught than the previous era of catch-up growth.