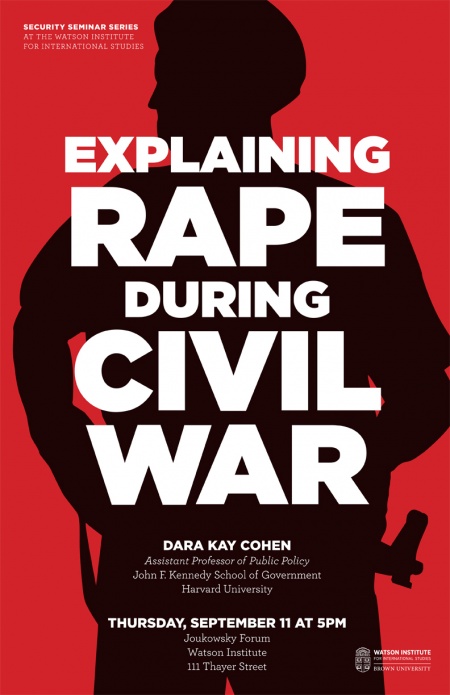 Dara Kay Cohen is an assistant professor of public policy at the John F. Kennedy School of Government at Harvard University. Her research and teaching interests span the field of international relations, including international security, civil war and the dynamics of violence, and gender and conflict. Her current book project examines the variation in the use of rape during recent civil conflicts; the research for the book draws on extensive fieldwork in Sierra Leone, Timor-Leste and El Salvador.

Her research has appeared or is forthcoming in American Political Science Review, World Politics, Journal of Peace Research, International Security, and Stanford Law Review, and has been funded by the National Science Foundation, the United States Institute of Peace, Folke Bernadotte Academy and the Peace Research Institute Oslo, among others.

Cohen received her Ph.D. in political science from Stanford University and an A.B. in political science and philosophy from Brown University. Cohen served as a paralegal in the Outstanding Scholars Program in the Counterterrorism Section of the U.S. Department of Justice from 2001-2003. Prior to joining the Kennedy School, she was an assistant professor at the Humphrey School of Public Affairs at the University of Minnesota.