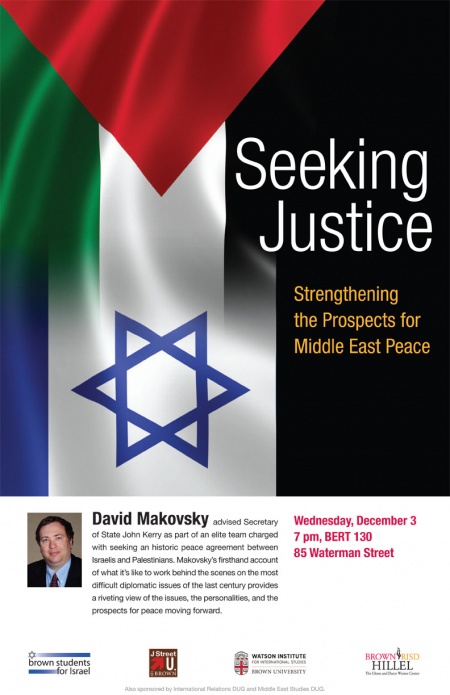 Between November 2013 and September 2014, David Makovsky advised Secretary of State John Kerry as part of an elite team charged with seeking an historic peace agreement between Israelis and Palestinians. Makovsky's firsthand account of what it's like to work behind the scenes on the most difficult diplomatic issues of the last century provides a riveting view of the issues, the personalities, and the prospects for peace moving forward.

David Makovsky is the Ziegler distinguished fellow at The Washington Institute and director of the Project on the Middle East Peace Process. He is also an adjunct professor in Middle East studies at Johns Hopkins University's Paul H. Nitze School of Advanced International Studies (SAIS) and recently concluded an almost ten-month stint as a senior advisor on Secretary of State John Kerry's peace team. Author of numerous Washington Institute monographs and essays on issues related to the Middle East Peace Process and the Arab-Israeli conflict, he is also coauthor, with Dennis Ross, of the 2009 Washington Post bestseller Myths, Illusions, and Peace: Finding a New Direction for America in the Middle East (Viking/Penguin).