Elias Khoury ─ Commitment and Beyond in Modern Arabic Literature 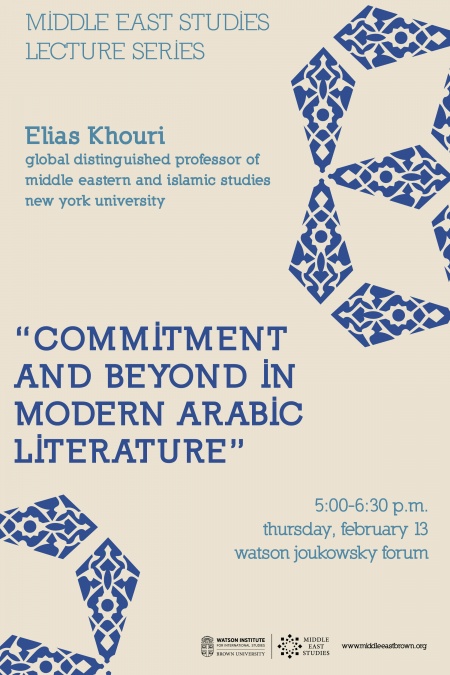 Elias Khoury, Lebanese writer and novelist, was born in Beirut in 1948. He is the editor of the Journal of Palestine Studies published in Arabic in Beirut, and a Global Distinguished professor at NYU. He was the editor in chief of the Moulhaq (the literary supplement of An Nahar), and the director of the theater of Beirut. In the seventies he was the managing editor of Shu'un Falastiniya, and in the early eighties he became the managing editor of Al Karmel. He published 13 novels, most of them are translated to different languages, and three plays, in addition to articles and columns in different journals and newspapers in Arabic, English, and French.

The lecture will be dealing with the problematic question of literary commitment, and how the idea of Iltizam both in its Marxist and existentialist instances was part of a national discourse dominated by a populist project led by the armies. Beyond Commitment can be read not only as an outcome of the defeat of 1967, but also as part of the question of democracy and freedom that will open the Arab World on the unknown answers of the questions of revolutions that are unfolding.