Elias Muhanna ─ The Death of Arabic is Greatly Exaggerated: Notes on the Future of a World Language 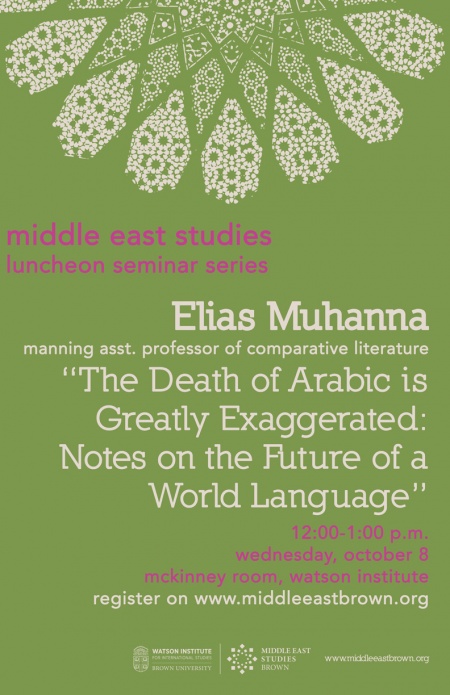 Is Arabic dying? Across the Middle East, calls to forestall the language’s demise have taken the form of public advocacy campaigns, school curriculum reform, and a great deal of hand-wringing over the future of one of the great world languages. But just how dire is the crisis facing Arabic? Is it in danger of becoming merely a language of religious ritual, as some have wondered, or is it, conversely, becoming something it has not been in many centuries: a living language?

Elias Muhanna is the Manning Assistant Professor of Comparative Literature and the director of the Digital Islamic Humanities Project. He is currently completing a book on classical and early modern encyclopedic literature in the Islamic world, and his commentaries and cultural criticism appear frequently in such publications as The New Yorker, The New York Times, and on his blog, Qifa Nabki.