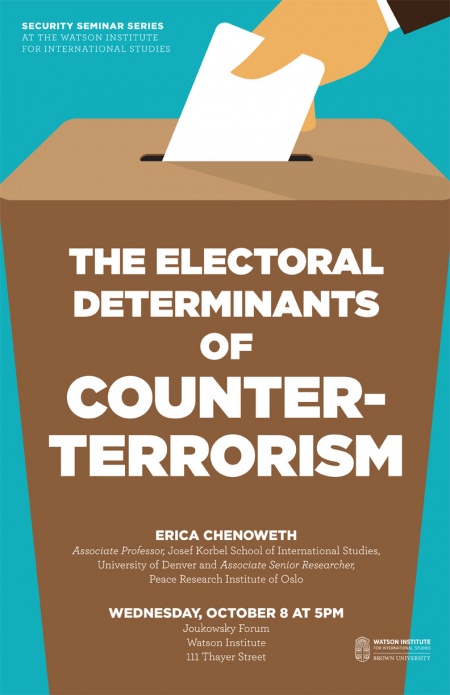 Erica Chenoweth is associate professor at the Josef Korbel School of International Studies at the University of Denver and an associate senior researcher at the Peace Research Institute of Oslo (PRIO). Foreign Policy magazine ranked her among the Top 100 Global Thinkers in 2013. Together with Maria J. Stephan, she won the 2013 Grawemeyer Award for Ideas Improving World Order, which is presented annually in recognition of outstanding proposals for creating a more just and peaceful world order. Their book, Why Civil Resistance Works: The Strategic Logic of Nonviolent Conflict (Columbia University Press, 2011), also won the 2012 Woodrow Wilson Foundation Award, given annually by the American Political Science Association in recognition of the best book on government, politics, or international affairs published in the U.S. in the previous calendar year. Before coming to DU, she held teaching or research positions at Wesleyan University, Harvard University’s Kennedy School of Government, Stanford University, UC-Berkeley, and the University of Maryland. She is the 2014 recipient of the Karl Deutsch Award, which the International Studies Association gives annually to the scholar under 40 who is judged to have made the most significant contribution to the study of international relations and peace research.