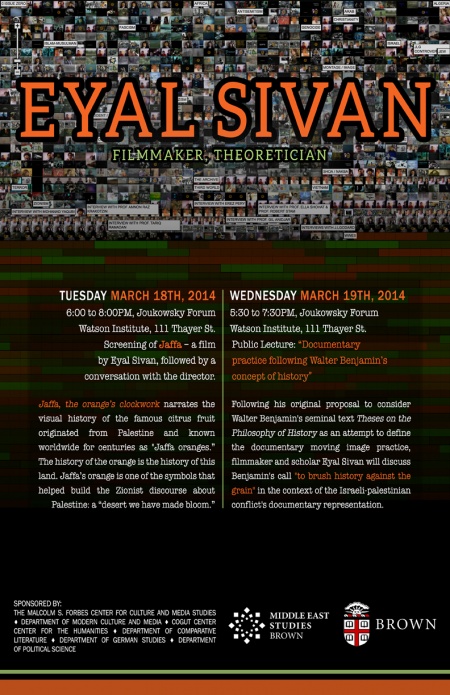 Eyal Sivan is the director of Jaffa, which will be screened on March 18 at 6 p.m. in the Joukowsky Forum.

Following his original proposal to consider Walter Benjamin’s seminal text “Theses on the Philosophy of History” as an attempt to define the documentary moving image practice, filmmaker and scholar Eyal Sivan Sivan will discuss Benjamin’s call “to brush history against the grain” in the context of the Israeli-Palestinian conflict’s documentary representation.