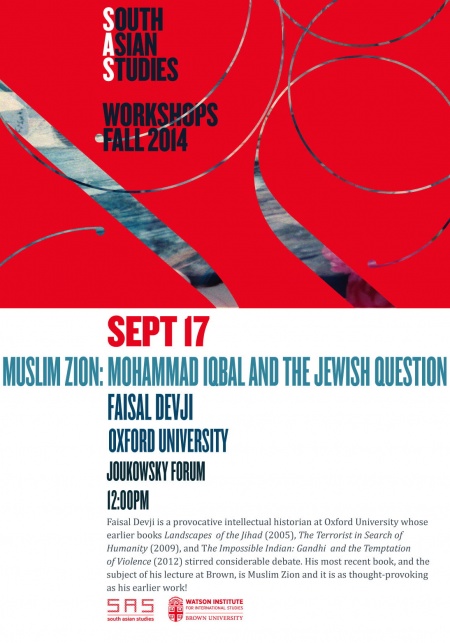 A professor of history, Dr Faisal Devji is the director of the Asian Studies Centre at St. Antony's College, Oxford University. His speciality lies in studies of Islam, globalization, violence, and ethics. He has held faculty positions at the New School in New York, Yale University and the University of Chicago, where he also received his PhD in Intellectual History. Dr Devji is the author of four books, Landscapes of the Jihad: Militancy, Morality, Modernity (2005), The Terrorist in Search of Humanity: Militant Islam and Global Politics (2009), The Impossible India: Gandhi and the Temptation of Violence (2012) and Muslim Zion: Pakistan as a Political Idea (2013).

Devji was junior fellow at the Society of Fellows, Harvard University, and head of graduate studies at the Institute of Ismaili Studies in London, where he directed post-graduate courses in the Near East and Central Asia. He is a fellow at New York University’s Institute of Public Knowledge and Yves Otramane Chair at the Graduate Institute in Geneva.