Jordan Branch ─ The Cartographic State: Maps, Territory, and the Origins of Sovereignty 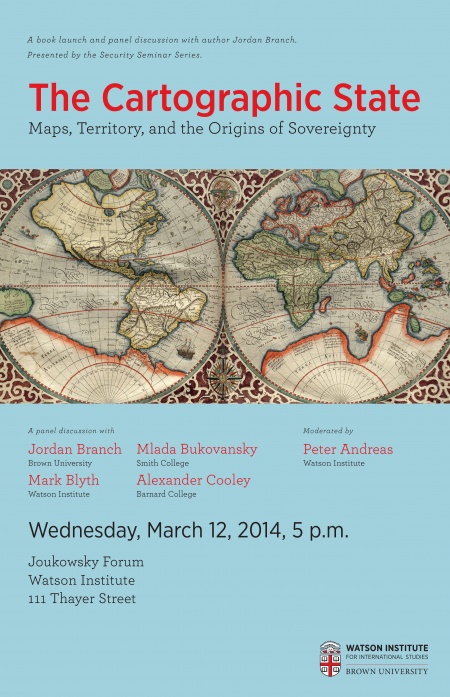 The Cartographic State: Maps, Territory, and the Origins of Sovereignty

Why is today's world map filled with uniform states separated by linear boundaries? The answer to this question is central to our understanding of international politics, but the question is at the same time much more complex - and more revealing - than we might first think. This book examines the important but overlooked role played by cartography itself in the development of modern states. Drawing upon evidence from the history of cartography, peace treaties and political practices, the book reveals that early modern mapping dramatically altered key ideas and practices among both rulers and subjects, leading to the implementation of linear boundaries between states and centralized territorial rule within them. In his analysis of early modern innovations in the creation, distribution and use of maps, Branch explains how the relationship between mapping and the development of modern territories shapes our understanding of international politics today.

Jordan Branch is assistant professor of political science. His research focuses on International Relations theory and the intersection between technological and political change, both historically and today.