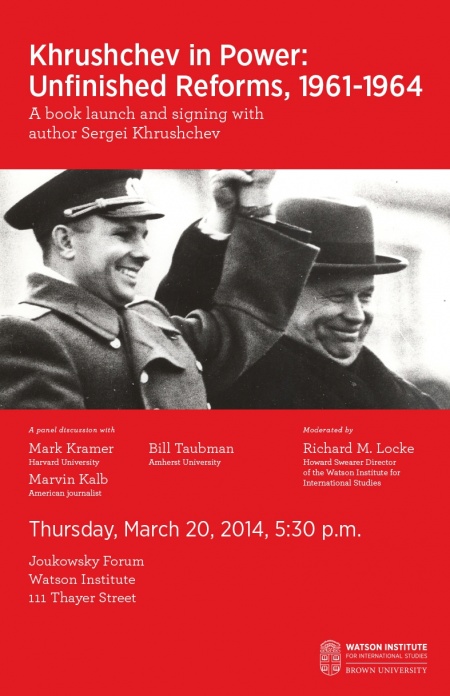 A full reckoning of Nikita Khrushchev's accomplishments and failures cannot be complete without looking beyond his foreign policy initiatives to assess his efforts to introduce domestic policy reforms in the Soviet Union. Sergei Khrushchev tells the full story of those efforts during the years immediately before his father's ouster—and of the intrigues and struggles for power that went along with them. In many ways, as his son shows, the premier's reforms anticipated those that Deng Xiaoping successfully pursued later in China. But within only a few short years after he was forced to retire, they had been largely abandoned. Why that happened is one of the questions that Sergei Khrushchev seeks to answer in this book, as he draws on archival records, memoirs, and his own personal recollections to provide a comprehensive account of the 1961-1964 period.