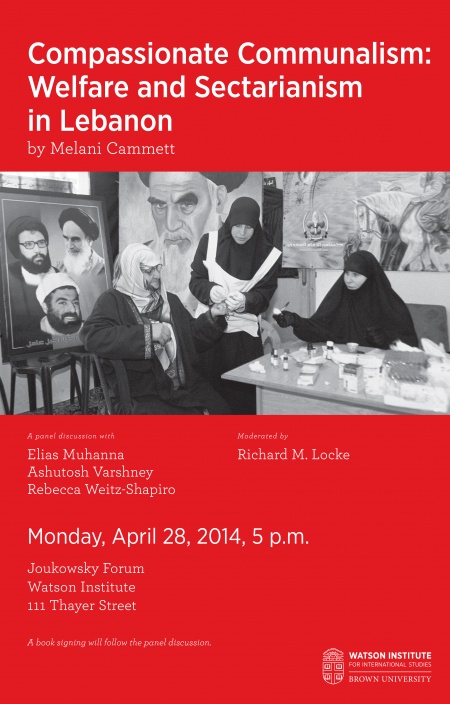 In Lebanon, religious parties such as Hezbollah play a critical role in providing health care, food, poverty relief, and other social welfare services alongside or in the absence of government efforts. Some parties distribute goods and services broadly, even to members of other parties or other faiths, while others allocate services more narrowly to their own base. In Compassionate Communalism, Melani Cammett analyzes the political logics of sectarianism through the lens of social welfare. On the basis of years of research into the varying welfare distribution strategies of Christian, Shia Muslim, and Sunni Muslim political parties in Lebanon, Cammett shows how and why sectarian groups deploy welfare benefits for such varied goals as attracting marginal voters, solidifying intraconfessional support, mobilizing mass support, and supporting militia fighters.

Ashutosh Varshney, Sol Goldman Professor of International Studies and the Social Sciences and Director of the Brown-India Initiative