Inside/Out: The Power of Perception 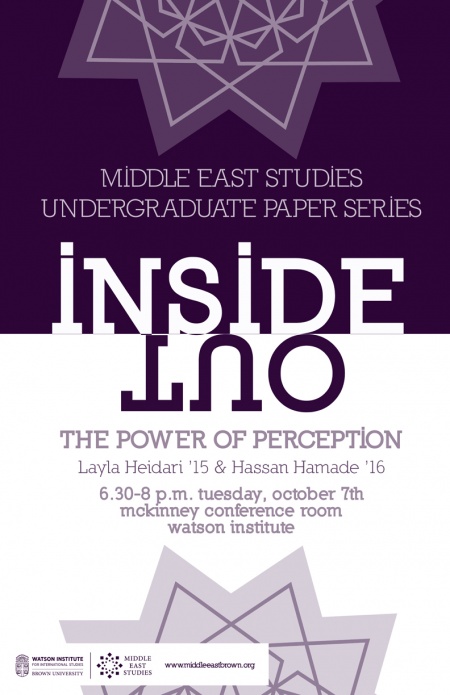 Layla Heidari '15 will present her paper "Reduction: The Historic Moment as Icon", which she wrote as part of the course "War, Revolution and Art". Her research on the presentation of the Middle East as an entity that either needs to be saved, or that America needs to be saved from was based on four case studies, including Nightline's coverage of the Iranian Hostage Crisis and the image of Osama Bin Laden in popular culture.

Hassan Hamade '16 will share his paper "The Censorship of Marmoulak: Freedom of Expression in the Islamic Republic or Iran", in which he explores the relationship between the ruling clergy and Iran's masses through the analysis of the regime's banning of the film Marmoulak.