A New Russia-West Cold War: What It Will Mean for Us All 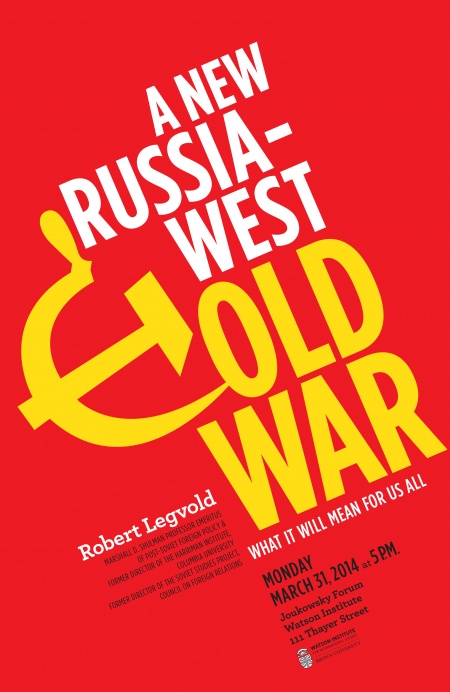 If Russia and West are now sliding back into a Cold War, which, while different in some key respects from the original standoff, will have many of its qualities, how much of a difference will it make in the larger scheme of things? How far are its effects likely to travel beyond frustration over a Putin-led Russia, angry rhetoric, and flying brickbats? How damaging could it be to U.S. national interests and, more broadly, to the international setting in general? In what ways? And, in particular, if the world of Russia-West relations into which we are now stumbling represents a dramatic turn, how should our thinking adjust and policy be recast? These are some of the issues to be explored March 31.