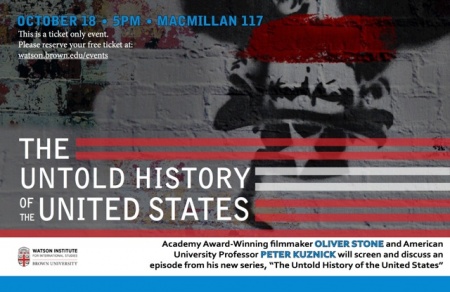 This is a ticket only event and is free and open to the public.  Please reserve your free ticket here

Has America’s history been whitewashed? In this talk, Academy Award-winning writer and director Oliver Stone and Professor Peter Kuznick of American University will present their controversial new Showtime series “Oliver Stone’s Untold History of the United States”. The series focuses on the United States in the 20th century, both on the world stage and at home. The episode "The 50's: Eisenhower, The Bomb and The Third World" will be screened, followed by an open discussion with both guests.