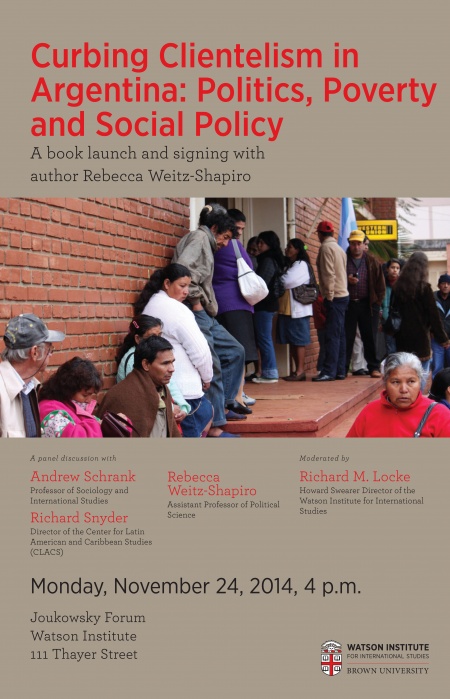 A book signing and reception will follow the talk.

In many young democracies, local politics remain a bastion of nondemocratic practices, from corruption to clientelism to abuse of power. In a context where these practices are widespread, will local politicians ever voluntarily abandon them? Focusing on the practice of clientelism in social policy in Argentina, this book argues that only the combination of a growing middle class and intense political competition leads local politicians to opt out of clientelism. Drawing on extensive fieldwork, an original public opinion survey, and cross-municipal data in Argentina, this book illustrates how clientelism works and documents the electoral gains and costs of the practice. In doing so, it points to a possible subnational path towards greater accountability within democracy.

Richard Locke, (moderator) Howard R. Swearer Director of the Watson Institute for International Studies and a professor of political science

Richard Snyder, Director of the Center for Latin American and Caribbean Studies (CLACS) and a professor of Political Science