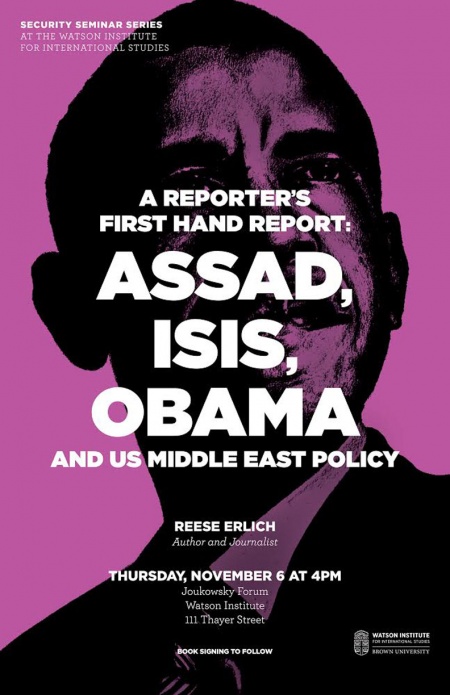 In August Reese Erlich reported for CBS Radio and GlobalPost from the Kurdish Region of Iraq, interviewing Yazidis, Kurdish peshmerga and analyzing the US bombing campaign. His talk and slide show will assess the rise of ISIS and whether the US military re-engagement helps or hurts the effort to stop it.

Erlich's fifth book is called Inside Syria: the Backstory of Their Civil War and What the World Can Expect published by Prometheus Books and distributed by Random House. Foreword by Noam Chomsky.