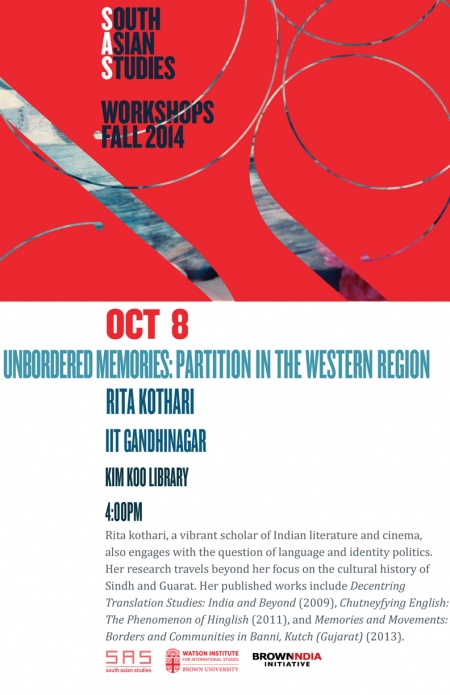 Rita Kothari is an associate professor at the Indian Institute of Technology in Gandhinagar, India. Her research mainly concentrates on Indian literature, language and identity politics in India, cultural history of Sindh and Gujarat, and Hinglish. She earned her MPhil and PhD from Gujarat University and has since been a fellow of the South Asia Regional Council Project on Stigmatised Identities and a research fellow at the Indian Institute of Advanced Studies in Shimla. She has also been a Fulbright Visiting Lector at Southern Illinois University.

Her books include Decentring Translation Studies: India and Beyond (2009), Chutnefying English: The Phenomenon of Hinglish (2011), and Memories and Movements: Borders and Communities in Banni, Kutch (Gujarat) (2013)