Rolf Schütte ─ Is Germany too Powerful for Europe? 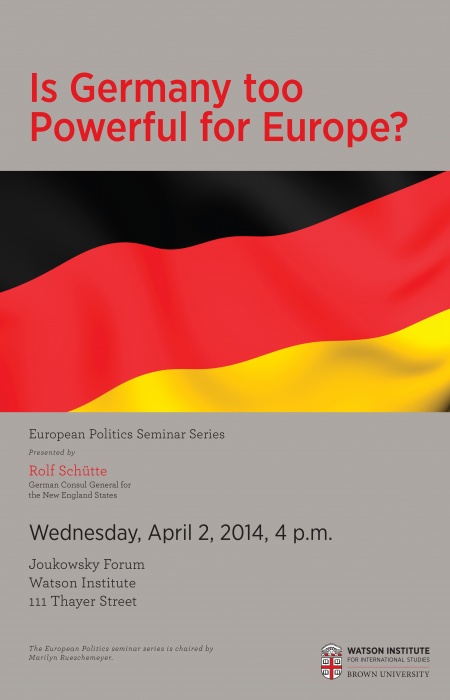 This seminar will be presented by Rolf Schütte, Consul General of Germany for the New England States.

In a special report in 2013, “The Economist” referred to as “’s reluctant hegemon.” In his lecture, German Consul General Mr. Schütte will address how Germany’s European and international partners, on the one hand, and Germany itself, on the other hand, see Germany’s role and power in a European context and on a global level. His lecture will focus on the fundamentals of the German foreign policy agenda (including the impact scandals, such as the NSA surveillance activities, have on the Transatlantic relationship), highlight basic facts to explain ’s economic strength, and interpret ’s image in the world.

Mr. Rolf Schütte has been the German Consul General for the New England States in since August 2012.