Screening of The Dupes (al-Makhdu’un) 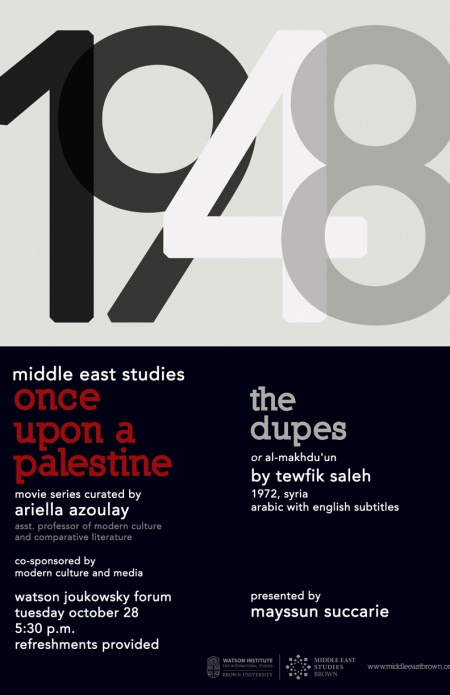 Based on Ghassan Kanafani’s novel Men in the Sun, this Syrian drama film tells the story of three Palestinian refugees after the 1948 Arab-Israeli War by following three generations of men who, in their pursuit after freedom and prosperity, fled to Iraq and hope to eventually reach Kuwait.

This event is part of “1948 – Once Upon a Palestine”, a film series curated by Ariella Azoulay, Assistant Professor of Comparative Literature and Modern Culture.