Serhii Plokhii ─ The Empire Strikes Back: History and Politics in the Russian-Ukrainian Crisis 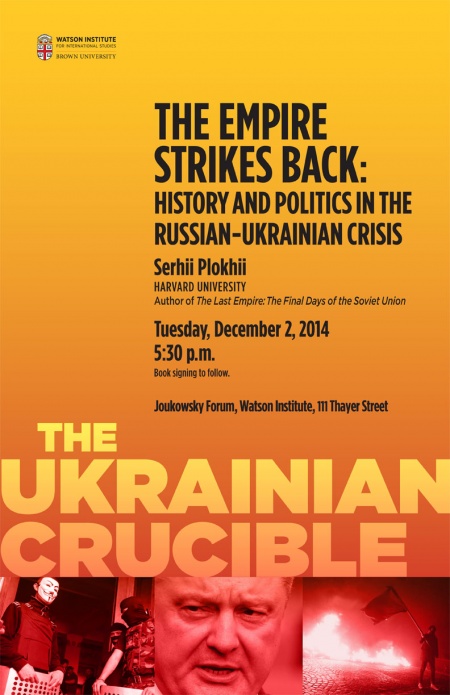 Serhii Plokhii is the Mykhailo Hrushevsky Professor of Ukrainian History and the director of the Ukrainian Research Institute at Harvard University. His interests include intellectual, cultural and international history of Eastern Europe. A leading authority on the region, he has published extensively in English, Ukrainian and Russian. Plokhii is the author of several influential monographs, including Yalta: The Price of Peace (2010), The Cossack Myth: History and Nationhood in the Age of Empires, and The Last Empire: The Final Days of the Soviet Union (2014). For three successive years (2002-2005) Plokhii's books won first prize of the American Association for Ukrainian Studies. In 2009, he was honored with the Early Slavic Studies Association Distinguished Scholarship Award. In 2013 Plokhii was named Walter Channing Cabot Fellow at the Faculty of Arts and Sciences of Harvard University for scholarly eminence in the field of history.

The talk will be followed by a signing of Plokhii's recently published book, The Last Empire: The Final Days of the Soviet Union. Books are available at the Brown Bookstore and will be for sale at the lecture.