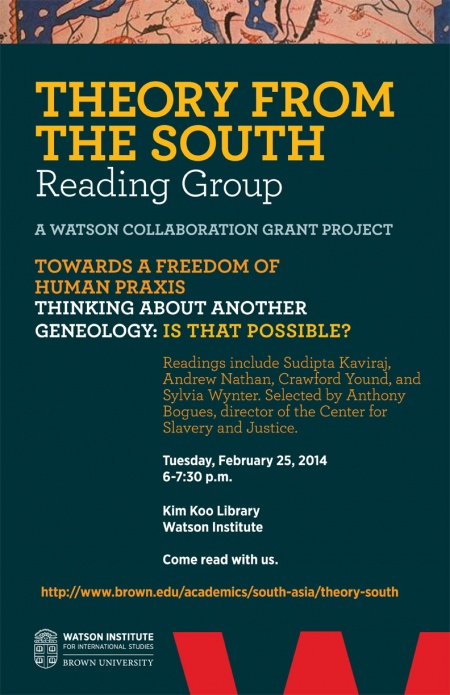 Towards a Freedom of Human Praxis; Thinking about another Genealogy: Is that Possible?