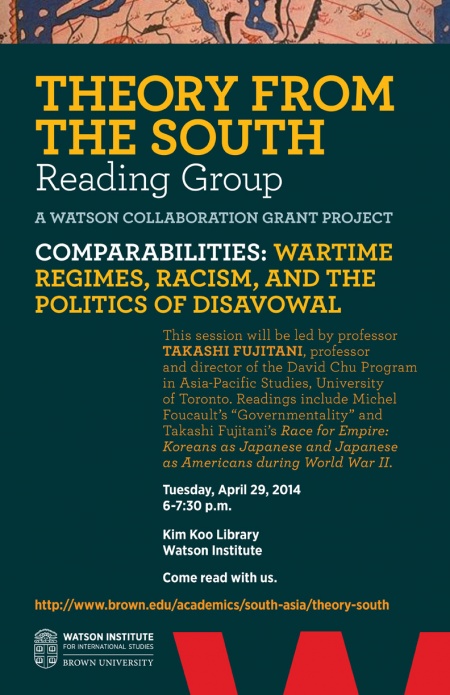 Comparabilities: Wartime Regimes, Racism, and the Politics of Disavowal.

Readings selected by Takashi Fujitani, Professor and Director of the David Chu Program in Asia-Pacific Studies, University of Toronto. Readings include Michel Foucault's "Governmentality" and Takashi Fujitani's Race for Empire: Koreans as Japanese and Japanese as Americans during World War II.