Twenty-Five Years After the Fall of the Wall 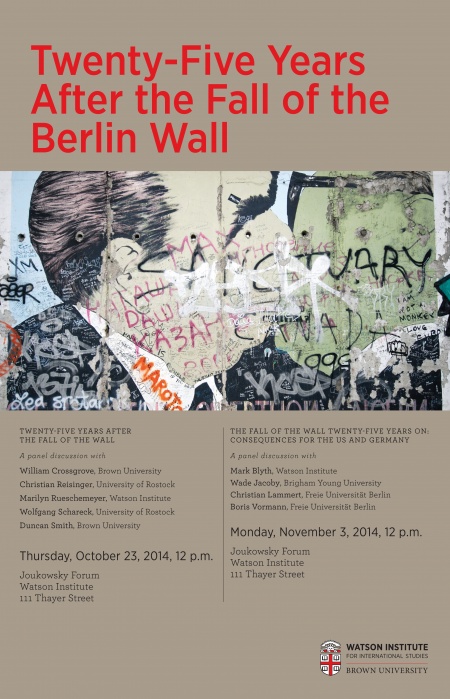 With the fall of the Berlin Wall, many citizens of the German Democratic Republic, or East Germany, left the country for West Germany. At the same time, those who remained continued to enjoy a number of supports that were missing in the West. The panel participants will discuss these developments.

This panel will feature two former professors from Brown's Department of German Studies who were involved in the exchange: the current president of the University of Rostock and the head of that university's Medical School. The panel will be chaired by Marilyn Rueschemeyer, adjunct professor of international studies at the Watson Institute and the first American sociologist to do research in East Germany. The University of Rostock and Brown University had the the first exchange in the United States between an American and an East German university.

Christian Reisinger, Professor and Head of the Department of Internal Medicine, University of Rostock