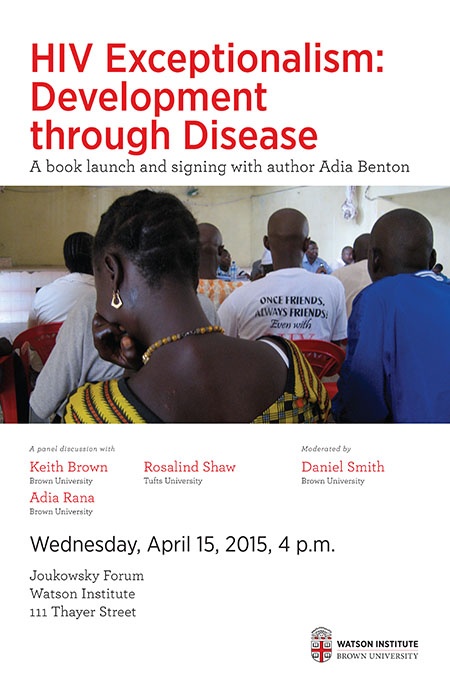 In 2002, Sierra Leone emerged from a decadelong civil war. Seeking international attention and development aid, its government faced a dilemma. Though devastated by conflict, Sierra Leone had a low prevalence of HIV. However, like most African countries, it stood to benefit from a large influx of foreign funds specifically targeted at HIV/AIDS prevention and care.

What Adia Benton chronicles in this ethnographically rich and often moving book is how one war-ravaged nation reoriented itself as a country suffering from HIV at the expense of other, more pressing health concerns. During her fieldwork in the capital, Freetown, a city of one million people, at least thirty NGOs administered internationally funded programs that included HIV/AIDS prevention and care. Benton probes why HIV exceptionalism—the idea that HIV is an exceptional disease requiring an exceptional response—continues to guide approaches to the epidemic worldwide and especially in Africa, even in low-prevalence settings.

In the fourth decade since the emergence of HIV/AIDS, many today are questioning whether the effort and money spent on this health crisis has in fact helped or exacerbated the problem. HIV Exceptionalism does this and more, asking, what are the unanticipated consequences that HIV/AIDS development programs engender?