Alexander Gourevitch ─ From Slavery to the Cooperative Commonwealth: Labor and Republican Liberty in the Nineteenth Century 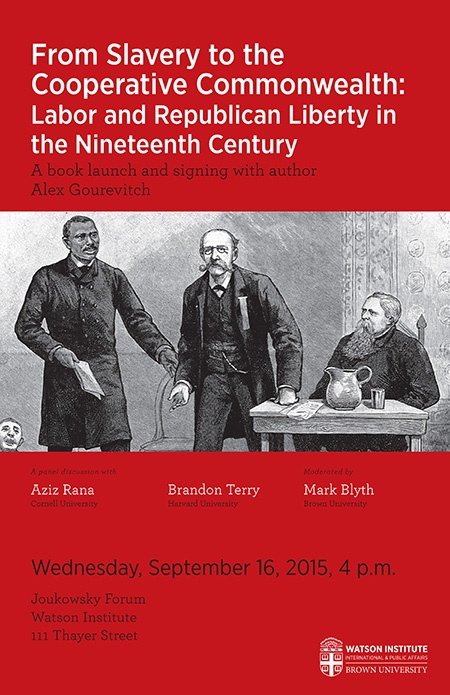 Freedom once presupposed slavery. In the nineteenth century, some began to argue that freedom was opposed to slavery. A true republic was one that had universalized republican liberty by eliminating slavery and extending economic independence to all. Over time, the language of republican liberty became a critique not just of slavery but of wage-labor and supported a demand to replace the 'wages system' with a national economy based on producer and consumer cooperatives. Freedom became the calling card not just for a new, cooperative economy, but for the dependent classes to emancipate themselves from their subjection. From Slavery to the Cooperative Commonwealth is the story of how freedom became a radical idea.

moderated by, Mark Blyth, Eastman Professor of Political Economy and Professor of International and Public Affairs