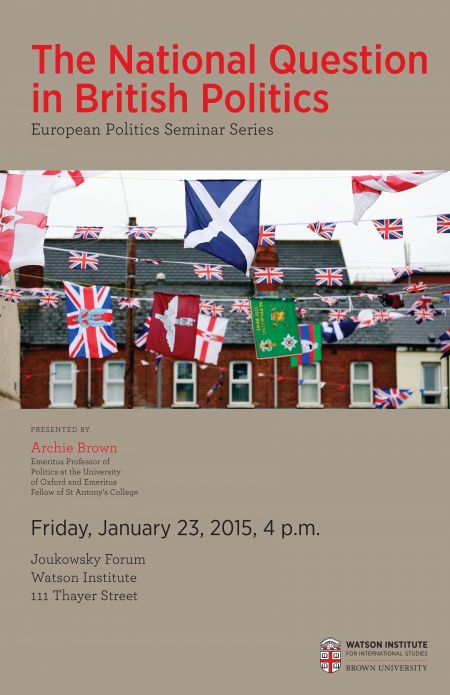 From Spain to Ukraine, Europe is witnessing governments struggling to hold a multi-national state together. Especially surprising is what is happening in Britain where the breakup of one of the world’s most stable countries over the past three centuries – a Union older than that of the United States – has become a very real possibility. Although the people of Scotland voted by 55 per cent to 45 per cent to remain part of the United Kingdom in the September 2014 referendum, the Scottish National Party has more than tripled its membership since then and is now larger than all other political parties in Scotland put together. The Scottish Question has triggered an English Question and has the potential to reignite the Irish Question. Welsh nationalists are also demanding greater devolution. Fundamental constitutional change is going to occur. The open question is whether further devolution of power to national territories will weaken or intensify demands for separate statehood. Archie Brown will examine the several ways in which breakup may be precipitated and will assess the chances of avoiding that dramatic outcome.